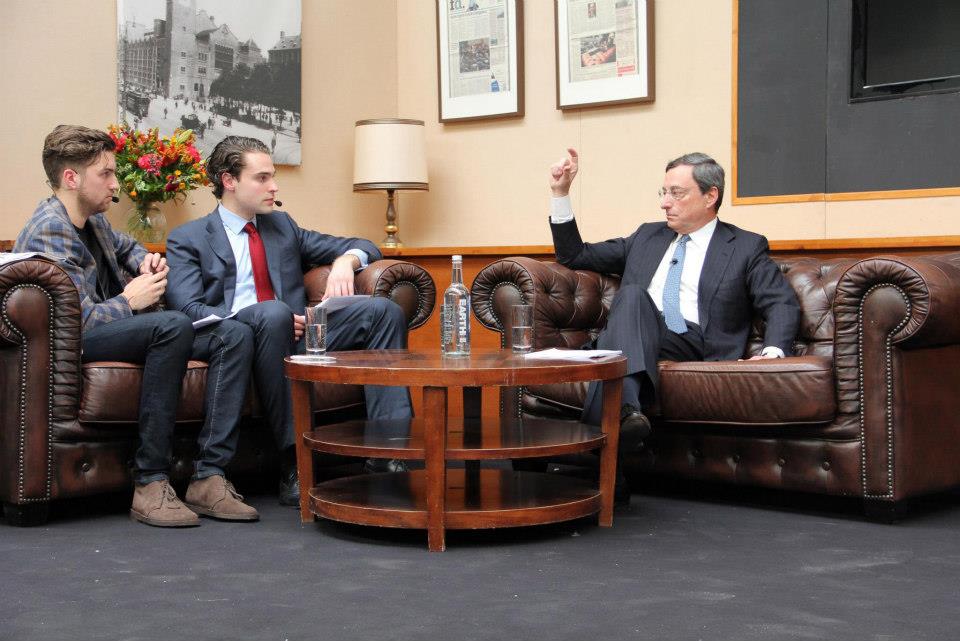 On Monday, April 15th, Room for Discussion will be host to none other than Mario Draghi, the president of the European Central Bank.

The European Central Bank has always played an important role, but the role of the ECB is more vital than ever since the financial meltdown of 2008. This past year Draghi made the dedication of the ECB to the euro explicit with the words “whatever it takes”.

Before his present position, Draghi was director-general at the Ministry of Finance in Italy and left this post for a function at Goldman Sachs. In 2006 he accepted a position as governor at the Italian Central Bank, from where he was appointed president of the ECB in 2011.

With our guest we will talk about the developments of the Eurocrisis. Where are we now, what can the ECB do and what can’t they, what can governments do and what are the necessary structural reforms we have to take?

Due to the schedule of our guest, we have done a few modifications to our usual format: Mr. Draghi will start with a lecture ‘The role of monetary policy in addressing the crisis in the euro‘ area, after which Room for Discussion will get the time to ask your, and our questions. 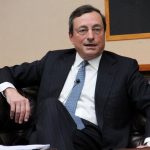