We are honored to have Carles Puigdemont, former President of Catalonia, at Room for Discussion.

A year ago on October 1st, 2017, Carles Puigdemont appeared in the headlines of international newspapers after having organized the unofficial referendum for secession of Spain.

Not only was this referendum considered controversial as it was declared illegal by the Constitutional Court of Spain, but also because of the involvement of the Spanish National Police Corps who actively engaged in attempting to prevent the referendum from happening, which resulted in more than 200 injuries and images of the police trying to stop people to vote, which reached the homes of citizens all over Europe. While 92% of the Catalan voters voted in favor of independence, only 43% of the total Catalan population carried out their vote. Nevertheless, two weeks later, Puigdemont declared the independence of Catalonia.

The referendum resulted in the Spanish government taking over the rule in Catalonia, ministers who participated in organizing the referendum were sent to jail, and Carles Puigdemont fled to Belgium. One year later, very little progress has been made, and the situation seems currently stuck, with no party willing to move.
During this one-hour interview, we will discuss the independence movement, the implications of the organized referendum and the possible role that the EU could play in resolving this conflict. 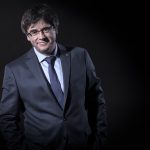 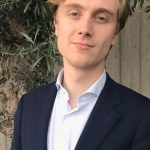