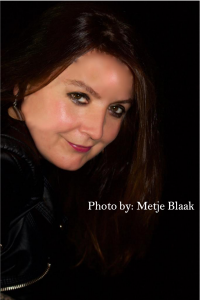 Lecturer in Gender and Sexuality Studies - University of Amsterdam

Lectures in the areas of gender and sexuality studies, social sciences and research methods and techniques at the department of Sociology of the University of Amsterdam. Her academic interests revolve around the intersection of sex work, migration and human trafficking. Her current research project is oriented on Chinese masseuses in the Netherlands.

After finishing her study she started working in Nicaragua as a coordinator of women projects. There she became interested in male street sexworkers and started working with them on health issues and empowerment activities. In 1992 she returned to the Netherlands where she continued working with Latin American sex workers. In 1993 she founded together with a Colombian colleague Foundation Esperanza, a Colombian-Dutch NGO dedicated to the prevention and combating of human trafficking in Latin American women, as well as organizing shelter and legal support to victims of human trafficking for the European sex industry.