+
Home › Interview › Diplomacy in an Unstable World – With the Last Dutch Ambassador to Afghanistan, Caecillia Wijgers

Diplomacy in an Unstable World – With the Last Dutch Ambassador to Afghanistan, Caecillia Wijgers

Since September 2021, the images of the Kabul Airlift have been engrained in the collective memory of us all. On the ground at the time, a group of Dutch diplomats, civil servants, and military personnel, were coordinating efforts for the evacuation of Dutch nationals and their allies. Caecilia Wijgers found herself leading this effort, in the now infamous Kabul airport.
The last Dutch Ambassador to Afghanistan, Caecilia Wijgers, will join Room for Discussion to explore the difficulties of diplomacy in an increasingly unstable world. The interview will discuss questions relating to the sphere of diplomacy – its impacts, dangers, missions and consequences.
Wijgers has found herself in the position of ambassador in many posts around the world, from Latvia to Burundi and from Afghanistan all the way to Cuba. It has been said she personally seeks these positions, to have the most impact.
Join us on November 1 when we host former Ambassador Wijgers at 13:00 on the E-hall of Roeterseiland (University of Amsterdam) to discuss her impact, career, and inflection points as a Dutch diplomat. 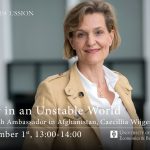 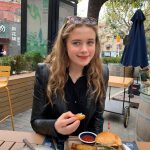 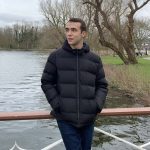